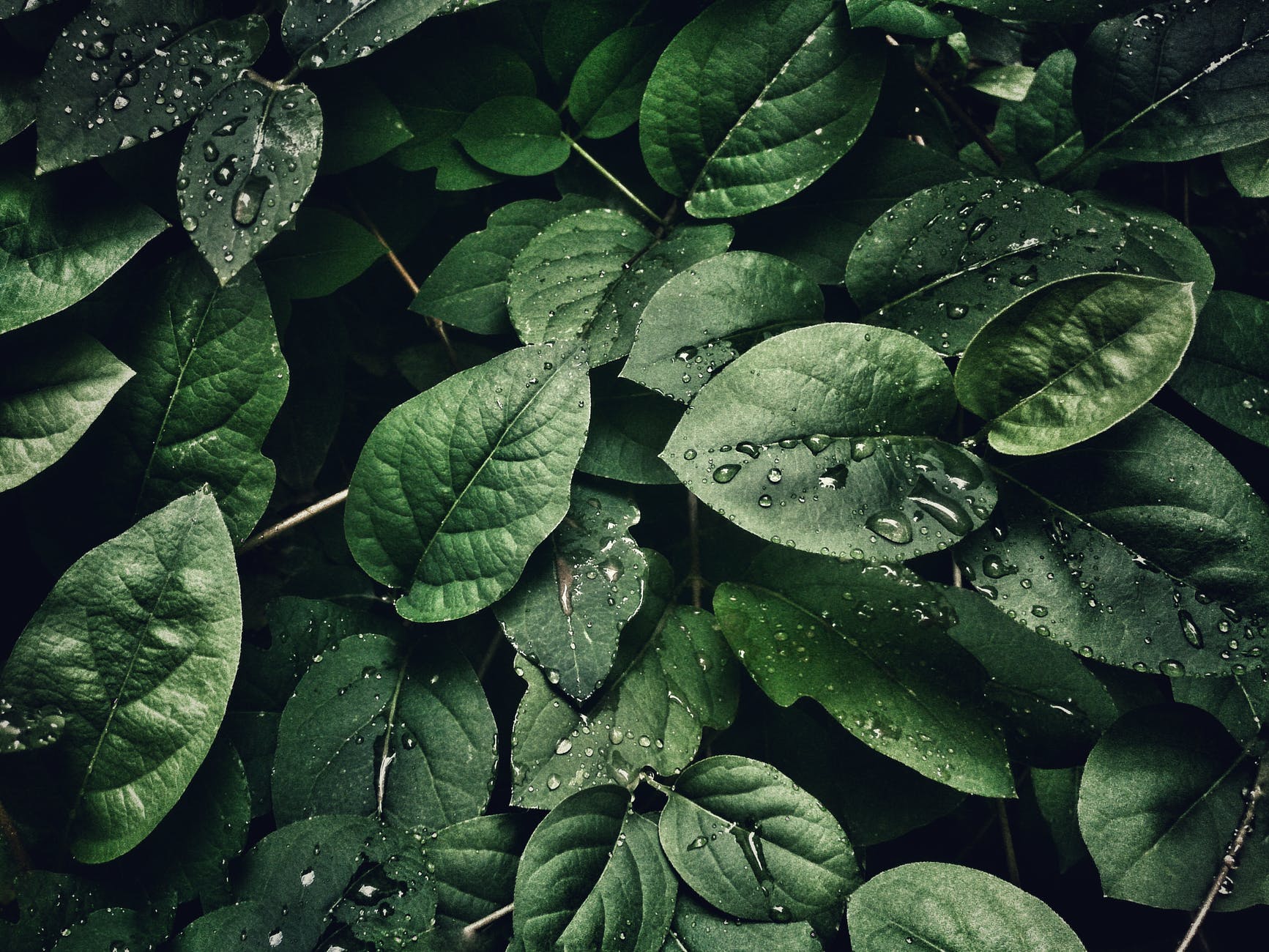 Photo by sohail na on Pexels.com

My last post was about figuring out you’re in an abusive relationship, read that post here. If you are in danger, please, please get help from the professionals. My experience is not so much about abusive partners, but relationships outside of my home, so that is the depth of my experience.

Get help if you are in an abusive relationship here.

Abusive relationships can happen with parents, siblings, bosses, friends, co-workers, neighbors or people within the church. Sometimes adult children can even become abusers to their parents. (Abuse is all about power and control of another person and starts in the person’s heart/mind)

I’m going to speak from experience here and talk about my particular case, though I will not be naming who the person is.

Some time ago, after my middle child was born I became upset with this person for a lack of communication issue. It was a completely forgivable offense on his part but I needed him to know that it put me in a difficult position and I hoped he would just apologize and we could all move on. Instead, he told me that none of it was his fault, started blaming others and told me he shouldn’t have to apologize to me.

My husband immediately came to my defense and this person started yelling at both of us, in our own home, in the presence of our children and telling us that we think we are better than everyone else, and going off about how he’s so tired about having to walk on eggshells around us with our perfect life. Then he took off.

This left a huge mess. Some people were crying and others were scared.

I thought I was doing the “right thing” by calling him and apologizing. I was wrong, and understand that now. This is just another way I was enabling the behavior by trying to diffuse what had suddenly become a very dramatic situation. So when I apologized to him, he didn’t soften his heart at all. He took it as another opportunity to further ridicule me. He said “Fine. I’ll come back but you know you really (expletive) me off and you need to know that I will not put up with that!”

So he returned and instead of coming in the house, he sat in our driveway in the car for 15 minutes. My husband had made dinner and everyone was pretty much not sure what his next move was so my husband decided to go talk to him.  (This is a power move too.  He knew that his presence in the driveway was intimidating and he was going to sit there until someone else came to him)

As soon as my husband got out there and asked him if he was ok he got out of his car and started swearing at my husband and throwing things around in his car in a rage. Then he drove off again. My husband was convinced he had been drinking and we should have called the police, but we didn’t. He turned off his cell phone leaving other members of his family completely stranded. My husband had to drive them home, 45 minutes each way, leaving me home with a 3 year old and 3 week old baby.

No one slept that night worrying about him, which is what he wanted.

I got a text several days later where he “apologized” for his behavior but pointed out that someone else in my family told him that my “postpartum hormones” were likely the cause and that he had no idea postpartum hormones could cause me to behave that way because his wife had NEVER had that issue!! So…basically, “I’m saying sorry because I know I have to, but really it’s all your fault, and in case you’re wondering someone else agrees with me about that too!”

This is abuse! He completely justified his behavior to himself! Instead of taking responsibility for his actions he made excuses and pretty much made it clear it was all my fault. And threw in another family member as evidence, causing me to then be upset with that person too!

But it’s effective. I had to ask my husband and tell a few other trusted confidants my story to ask if I was in the wrong or was he? Truthfully his behavior had been so outrageous that I was embarrassed to tell many people about it.

Conflicts can occur in ANY relationship.  There is NOTHING wrong with telling someone that their actions upset you or caused you strife.  His reaction to my confronting him was the problem.  This had NOTHING to do with postpartum hormones.  We can own our tone.  I may not have expressed my frustration with the best tone, but that in NO WAY excuses anything he did next.  And women, we need to be very careful of people that will criticize us for bringing up any kind of complaint when we are pregnant or post-partum or have PMS.  Abusers absolutely will use this as an excuse to confuse us by telling us we are over-reacting, over emotional, etc.  Anything to take the blame off of them.  Its abuse.  Plain and simple.

Now I made a huge mistake in letting him off the hook. I believed that I was doing the right thing as a Christian because we are told to forgive others, as we have been forgiven. This is absolutely true and it’s a requirement, BUT, and this is a huge BUT…forgiveness takes place between the victim and God, not the victim and the abuser!

To forgive someone it means that you go to God and give it up to Him. You don’t try to get revenge against that person and you don’t go around bad mouthing them to anyone that will listen. It means in your heart you have no malice towards that person, and you wish them well. That is forgiveness. Christians and even the Christian church get confused sometimes between forgiveness and reconciliation. Forgiveness as a Christian is REQUIRED, but reconciliation is not.

So the first thing you have to do once you realize you are dealing with an abusive person is to hold them accountable.

Once again, I will reiterate that this is specifically NOT in reference to those being physically abused. It may be dangerous for them to try to do these things. Also, if this person is your boss, you may not be able to hold them accountable so I highly recommend carefully looking for a new job.  If they catch wind that you are looking to leave they might do everything in their power to discredit you and tarnish your reputation.  Get out!!

By allowing my abuser off the hook so easily he did not have to go through the process of genuine repentance, and it’s no surprise that the relationship continued to deteriorate.

I told my abuser that he was forgiven, but I really wasn’t over it. His actions and even his apology were very hurtful and he seemed perfectly content to act as though things were completely fine, as though nothing had ever happened. I was not fine. Whenever he was around I started to feel very uneasy. And that feeling is very much an indication that everything is NOT ok!

Remember how I said that my husband and I both thought that this person had been drinking? Well he completely denied it and held tight to his denial. I wasn’t until a month later when he was caught red handed, that he finally admitted it. I absolutely believe 100% he would have NEVER told the truth about this if he hadn’t been caught. He felt completely justified in his lying because of that internal justification he was going through. Further proof that he was NOT convicted on his own and coming clean as a choice.

My sin, and yes, I do believe it was sin on my part that didn’t hold him accountable, allowed him to continue in his sin. And it started to take its toll on me.

Whenever he was around over the next year I became very anxious and uneasy. I was afraid to confront him about anything, which is exactly what he wanted. So when he was at my house and not following my rules with my kids I would speak to my kids about the behavior instead of confronting him directly. I would get so frustrated with him but I had no outlet.  I often took it out on my husband because my husband was “safe”. Instead of telling this person it was time for him to leave, and confronting him when he continued to get my kids all riled up and completely ignored my authority, I would tell my kid “Guys, I said it’s time to say bye!” I started to dread seeing him at all. I became anxious a lot of the time and at holidays and birthday parties, I became really uptight and had a hard time even enjoying these moments.

This is the result of forcing “forgiveness” before the proper conditions have been met. True forgiveness is a wonderful thing and can restore the relationship to a better one than existed before. The uneasiness and anxiety I felt around him were proof that this had not occurred.

So to recap, it’s crucial when dealing with an abusive person to label it for what it is, and hold the person accountable. Next, you need to create and enforce boundaries to protect yourself. I’ll write my next post about that.

1 thought on “You’re in an abusive relationship, now what?”